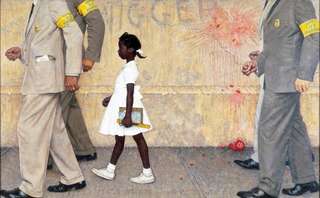 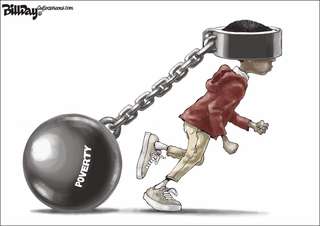 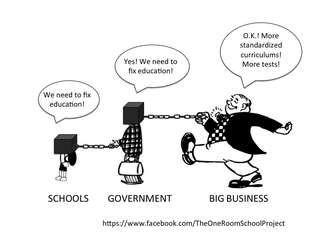 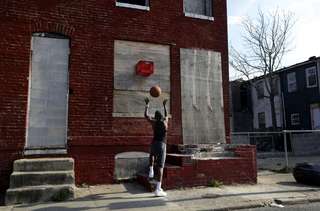 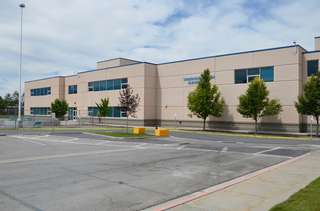 The top left picture is a painting by Norman Rockwell called “The Problem We All Live With.” The painting was created in 1964 in the midst of the civil rights movement. The little girl in the paining is Ruby Bridges, an African-American girl who braved the angry crowds at six years old to walk to an all-white elementary school. She was escorted by U.S fire marshals. Ruby’s parents suffered the consequences for their decision to send her child to an all white school. Their decision was most likely motivated by the fact that they knew her daughter would have a better chance of quality education at the all white school. That’s where my second picture ties in. Quality education is a civil right! And yet, quality education is not available to a large population of the United States, especially those suffering from poverty. It seems like poverty is tangled in the complicated web that is low-funding and low scoring schools. Poverty should not keep you from attaining a high quality education. The issue gets talked about and reformed, and nothing seems to be working. My third picture ties in to the idea that there is an invisible force having a strong hold on the issue of quality education. The cartoon depicts big business as the main reason why we can’t seem to be fixing the problem. Who is making money out of poverty? Who or what is preventing the necessary changes? We can talk about fixing schools but we can’t talk about fixing schools without talking about the frame surrounding the schools. The image following the cartoon is of a boy playing basketball with a makeshift basket in one of the poorest neighborhoods in the United States: Baltimore, Maryland. In 2013, the graduation rate was 68.5 percent. Poverty and drop-out rates are related. The last picture on the image gallery is of Woodrow Wilson Elementary. It falls below average on test scores for reading and math and 80 percent of the children qualify for free or reduced lunch. Woodrow Wilson is located in South Salt Lake, Utah which has the county’s highest percentage of residents who fall below the poverty line (37.3 percent) and 77.7 percent of those people who fall below the poverty line, are minority. Norman Rockwell called his painting: “The Problem We All Live With.” The picture is still relevant to the problems we face today concerning education for the children of this country.